Why You Should Switch Over to LED Lighting

Electric lights have revolutionized the way we live. Gone is the era that the day ends when the sun goes down; thanks to lights, we can work, hang out with friends, and drive any time we please. It’s not a stretch to say that the modern world is possible thanks to the invention of lighting technology.

One of the latest advancements in the lighting industry has been recently making waves, and for good reason. LED lights Perth used to be too expensive to be a viable alternative to our cheap incandescent or fluorescent bulbs; however, in the last half a decade or so, LED has become increasingly affordable – allowing everyone to enjoy its benefits without breaking the bank.

Light Emitting Diodes, better known as LED, is a lighting system that works very differently from traditional light models. Unlike incandescent or fluorescent which produce light as a byproduct of heat, LEDs are semiconductors that emit light when a current passes through it. It creates electromagnetic radiation, which turns that energy into light.

LEDs have become extremely popular because it has major advantages over traditional lights in almost every aspect. Already convinced of the benefits? Get in touch with our award winning Perth electrical contractors to tailor an LED lighting solution of your needs

They have a long lifespan

Research has shown that LED lights have an efficiency of 80-90%. This means that, of the energy used to power an LED light, 80% of that energy is converted to light and not lost to heat or other kinds of energy. This is compared to incandescent lights, which are only around 20% efficient at converting energy into light. You use less energy to create the same level of light if you use an LED bulb.

LEDs produce a focused beam of light in a single direction, which makes it more efficient at lighting an area than a traditional bulb. Other lights emit at 360 degrees and have to use reflectors and other accessories to concentrate the light into a beam. In contrast, LEDs emit lights at 180 degrees, which makes it perfect for ceiling lights or car headlamps that only need to produce light in a single direction.

LED lights do not have delicate filaments or glass enclosures. They use strong components that are shock and vibration-resistant which are less likely to break or shatter even on impact. This makes LED lights the best choice for outdoor use, even in very hot or cold climates.

LEDs produce very little heat compared to incandescent, halogen and fluorescent bulbs, which means there is little to no risk of it burning your skin if you accidentally graze against it. They operate on low voltage, which is generally safer than equipment that requires a higher voltage to work. LEDs can be used for a variety of purposes, including outdoors, without the same risks as traditional lighting systems.

Because LEDs have a much longer lifespan than other types of lights, they don’t need to be replaced as often. Home and business owners will find that switching to LED lights is a simple way to save time, money, and energy. This makes an even more significant impact in large-scale establishments that use dozens if not hundreds of lights, like malls or office buildings.

They are small and compact

LEDs can be produced as small as 2mm, allowing it to be adapted for different lighting applications. These lights can be found in circuit boards, traffic signals, food displays, and even on your phone.

Other light bulbs contain harsh chemicals and toxic substances like mercury, which can pose risks to both you and the environment. LEDs aren’t made with these components, plus they’re 100% recyclable. They also don’t emit dangerous UV rays, so they are safe to use around sensitive items that could degrade, like paintings. Also, since one LED light is equal to around 25 incandescent bulbs, using LEDs reduces your carbon footprint. LEDs use a low-voltage supply, which means that it can easily be powered by solar energy.

They come in flexible and customizable design options

You can find LEDs in any colour, shape, or pattern imaginable. You can control the level of illumination, and dim each individual LED light accordingly – like you would in an aeroplane or classroom. Some can even be controlled remotely via an app. This creates fantastic custom mood lighting that can be changed according to your individual tastes and preferences.

They light up instantly

There is no warm-up time for LED lights, and unlike traditional lights, rapid cycling doesn’t affect their overall longevity. This means you can switch your LED lights on and off without having to worry about reducing its lifespan. This is why lights that need to be flashed frequently – like traffic or signal lights – use LEDs instead of other kinds. It’s also easy to know when an LED light is about to go out; traditional bulbs will stop working immediately, but LEDs will just produce a dimmer quality of light.

They can be used in a wide variety of lighting applications

The applications for LED lights are virtually limitless. You can use LED lights pretty much anywhere – from illuminating your homes and business, to military purposes, to traffic and transportation.

There are many advantages – from environmental to economic – to using LED lights. If you’re looking for a safe, efficient, and smart lighting solution for your home or business, LED lights are the best choice for you. They last longer, are cheaper to run and maintain, and have more options for you to choose from compared to traditional bulbs. Contact our friendly staff today on 0410 112 903 to get switched over to LEDs and save! 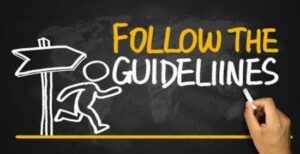 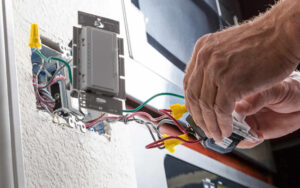 Need an Electrician?
SAVE $55
When you book online today

Wesline Electrician provides electrical services across Perth for residential homes and businesses. We strive to build long lasting relationships with all of our customers by prioritising their needs to achieve 100% satisfaction.